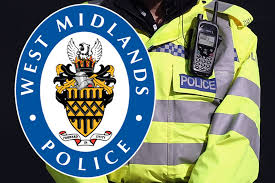 112 crimes have been recorded in Moseley & Kings Heath since the beginning of July. This is an increase of 3.7% compared with July 2017.

Three people have recently been charged with a series of burglaries across Moseley. CCTV was an important part of the evidence assisting in identifying the offenders.

Modern cars are currently more likely to be stolen than older models due to the rise in keyless car theft where thieves can remotely steal your car even when it is locked up outside your home. See this article from Motoring Research

Police advice is to keep keyless fobs in a metal box or specially designed signal blocker pouch which are inexpensive to buy.  The article above also suggests a microwave oven could be used (but please remember you did that!).

Using a traditional disc lock or steering wheel lock is also a good deterrent to thieves.

Today the police have issued a ‘Community protection warning’ to an individual who has continually breached the PSPO in Moseley village. This can be followed up with the issuing of a ‘Community protection notice’  if the behaviour continues. The notice will require the behaviour to stop and if necessary reasonable steps to be taken to ensure it is not repeated in the future. More info on Community Protection Notices.

The neighbourhood team have welcomed the recent appointment of an outreach worker by Moseley Community Development Trust and will be signposting more vulnerable individuals to her for support.

The police team have continued to issue fixed penalty tickets where they see obstructive parking. Today they carried out an operation on Moor Green Lane outside the primary school and reported 16 drivers for offences of speeding and obstructive parking, including to one driver who had parked on a resident’s drive.

A resident asked how the community could assist the police in tackling speeding. The officers explained that the police are currently trying to put together a community speed watch programme which will run on similar lines to community street watch. There are two Community Street Watch schemes in Moseley.

Members of the public can now self report motoring offences and submit evidence for consideration of prosecution. They need to report to 101 and will be issued an evidential pack to complete.

Since the tragic death of a toddler last week at the recreation ground, the  travellers are expected to leave Birmingham by Saturday. Should there be any requirement for the immediate family to remain the council will find suitable accommodation for them.

Izzy raised the issue of repeat thefts at the three supermarkets and Boots the chemist in Moseley village. These shops are all being targeted, often by the same offenders. Security Officers have expressed frustration that  police are not keeping them updated or matching repeat crimes to offenders. A meeting will be arranged for representatives of all the shops involved to meet with each other and the police to discuss how they can work better together.

Due to operational demand these will now be held bi monthly and will be hosted by the PCSO’s. The next meetings are scheduled for 10th September, 19th November & 14th January 2019. All to be held at Whitesmiths Croft, Silver Street, Kings Heath.