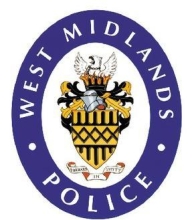 Our thoughts are with the police traffic officer who was brutally attacked in Moseley yesterday. This is the sort of news that as a former police officer makes me feel cold with shock. A huge well done to his colleagues who managed to catch and apprehend the attacker. Thinking of the officer, his family and colleagues today and wishing him a full recovery. It was also very shocking for the residents in the area in which it happened, some were involved as witnesses. I understand the dealings with the police at the scene have been very good. Izzy & the Moseley Lib Dem team.